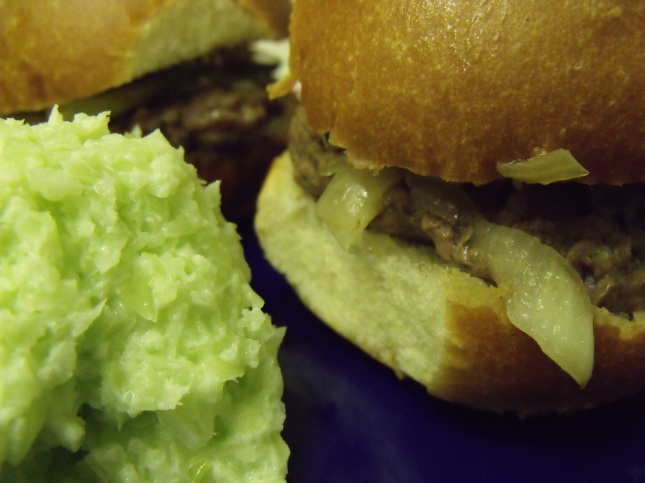 The role of today’s guest food blogger will once again be played by Connie’s husband, Jamie.

Super Bowl Sunday™ is this weekend and for many (read: Connie), what is on the menu shares equal, if not greater importance, with what is on the television.

If you’re not a fan of football, chances are all this talk about pigskin leading up to the big game has conjured up images of bacon frying away in the pan. OK, perhaps that only happens in our house…

This year, though, it was supposed to be no contest; food was going to play second fiddle.

Two weeks ago and with less than one minute remaining in the AFC Championship game, I assumed (naively) that my favourite team, the Baltimore Ravens, were on its way to Indianapolis.

Well, I guess the gridiron gods didn’t quite see it the same way.

One dropped touchdown pass and one botched field goal attempt later, and the Ravens’s season was over.

Sitting alone in the dark after your team lost in the worst possible fashion, while still wearing their jersey, is not exactly the proudest moment in your life. Add in a couple mustard stains, and you sink a bit lower.

Anyway, rather than dwell on what could have been, let’s focus on something more positive: food!

Earlier this week, Connie posted a recipe for baked spinach bacon cheese balls that would make an excellent addition to the roster menu of any Super Bowl™ party. They are a relatively healthy alternative to the fried fare typically served.

Today’s post, though, falls along more traditional lines when thinking about football and food: the slider.

It should be mentioned that a slider is not simply a mini hamburger. It’s an ultra-thin patty of ground beef, cooked atop a flat griddle with onions, pickles and a soft bun.

They are as remarkable in their simplicity as they are in their flavour.

So if you’re looking for something to offer for your Super Bowl party that will make it seem like you’re tailgating outside the game, look no further.

Credit: The Burger Lab: The Ultimate Homemade Sliders (This is my “go-to” site for all things hamburger)

Special thank you to Geri for supporting the Ravens during the final moments of the game. It definitely paid off. 😉

And best of luck to the New England Patriots and Tom Brady. It’s about time they had some luck go their way. Ugh.